If you realise that the carpet in your car has been infected with mould, you may be asking how to get mould out of carpet in car. You can apply a solution of water and non-iodized salt to the affected regions to alleviate the symptoms. If the mould has spread to the seats or steering wheel, it can be removed by wiping them down with a moistened towel. If you see any white or green stains on your upholstery, you should remove them with a vacuum cleaner attachment. 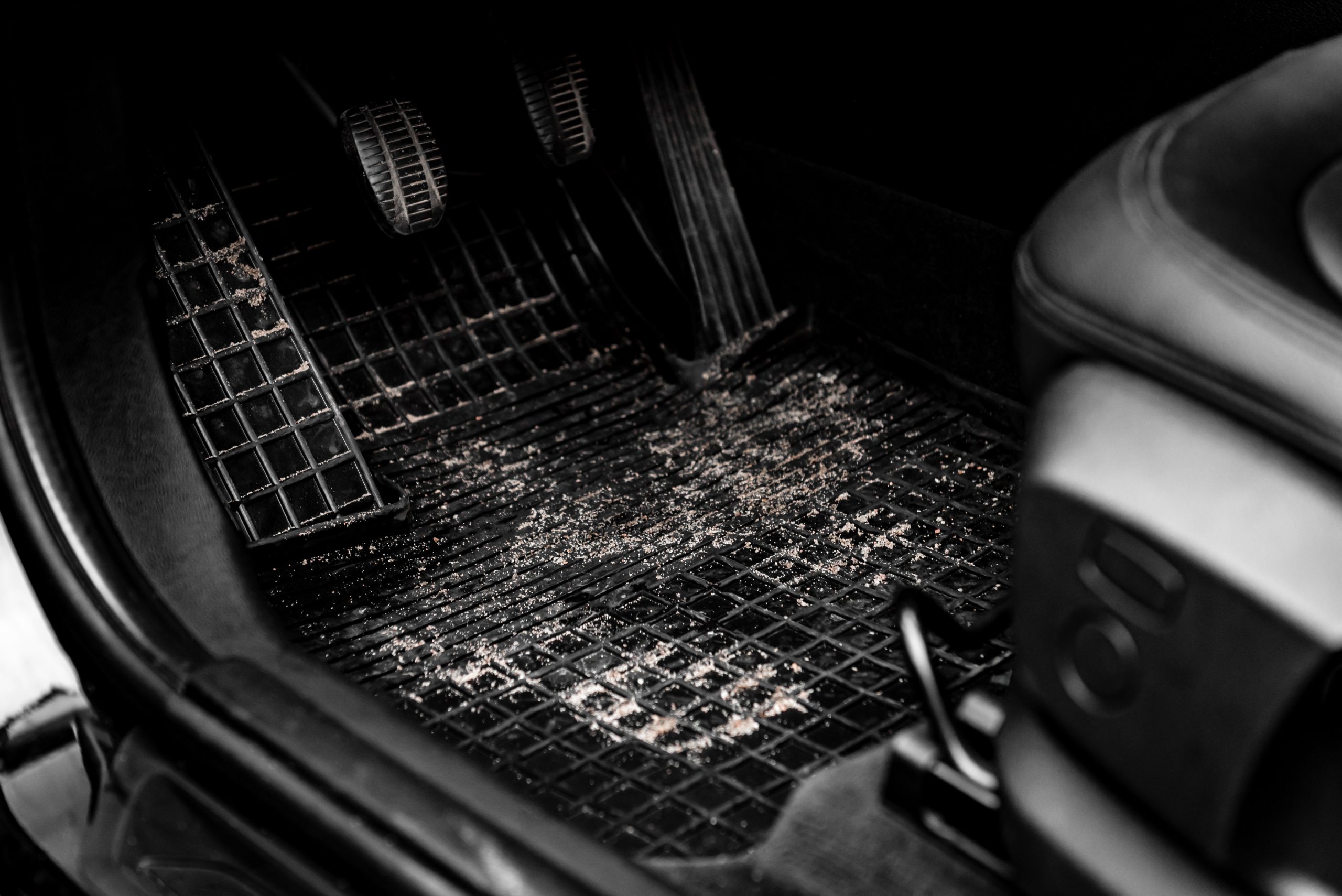 If you’re not sure where to begin, baking soda is a good place to start. Sprinkle a tiny bit of the solution on the area where you have noticed mould clusters. Allow the salt to crust over the mould for 15 minutes in direct sunshine to allow the mould to dry. The crust can be removed with a shop vac when it has dried completely. If you don’t have access to a shop vac, you can clear mould from carpet with white vinegar if you don’t have one. Mold will be destroyed by vinegar due to its acidic nature.

Some Methods For Removing Mold From Your Car Carpet

Mold growing inside your vehicle is not only offensive to the senses and unsightly to behold, but it can also be quite hazardous to your health. Mold can form inside your automobile if moisture gets into the vehicle and the vehicle is left unattended for an extended period of time without being driven.

While driving your car every day, there are some instances where you may not detect mould spreading until it has taken over the entire back floorboard of your vehicle. Regardless of when you first notice mould growth in your car’s interior or carpet, the solutions listed below will assist you in removing the mould and preventing further development.

Water causes mould to grow, so make sure to remove any objects from your car that may have gotten wet before you leave.

Remove any trash or clothing from your vehicle, especially anything that may have gotten lost under your seats months before.

Do not forget to look between your seats and beneath your floor mats as well.

White vinegar may be the best “do-it-yourself” cleaning tool ever devised. Almost any problem that life throws your way can be remedied with a little white vinegar. Your car’s mouldy carpet is no exception. Vinegar is an excellent mould treatment because its acidic nature helps to “burn” the mould away.

In a spray bottle, make a vinegar and water solution, aiming for a 4 to 1 vinegar to water ratio. If you have a major mould problem, you can use pure vinegar to attack it.

The main disadvantage of this procedure is that vinegar has a particularly strong odour. However, you can eliminate the odour by spraying some air freshener inside the vehicle or keeping the doors open to allow the stench to evaporate naturally.

Start brushing away at the larger mould clumps with a tiny brush. The trick is to keep your motions as little as possible. Large brush strokes can sometimes cause more harm than good by spreading mould spores all over the place.

You won’t be able to punch out all of the spores, so don’t waste your time trying. In a moment, you’ll come upon the obstinate spores. After you’ve broken up all of the larger clusters, vacuum up all of the loose spores with a shop vac. Remember to discard your filter when you’re finished.

Mold spores are dehydrated by saltwater, which draws water out of their membranes, starving and killing them. However, you should be aware that dusting raw salt on mould is unlikely to yield any results. The salt must be dissolved in water.

This mould treatment, once again, has a little drawback. Salt is caustic and can cause leather to deteriorate. In addition, you’ll have to account for salt stains. This isn’t the finest defence against mould, but it’ll suffice if you don’t have anything else.

In terms of baking soda, many people swear by it due to the wonderful cleaning capabilities it possesses. When it comes to mould and mildew, on the other hand, this culinary essential is just as effective as any other. Additionally, it serves as an excellent air freshener.

Simply sprinkle baking soda on the mould places and let it to sit for twenty minutes will do the trick for you. If there is any surplus moisture, the baking soda will soak it up, leaving a powdery residue behind. If you want even more powerful results, you can use baking soda in conjunction with white vinegar, which is also available.

Clove oil is traditionally used to treat toothaches and stomach problems, but it’s also a powerful disinfectant. As a result, clove oil can kill mould spores and prevent them from spreading. For a litre of water, only a quarter teaspoon of clove oil is required.

You can use a few drops of clove oil with baking soda to treat severe mould development. Apply it with a toothbrush and scrub the affected region thoroughly. You can wipe down the surface once it has dried.

If you don’t mind not utilising organic components, you can also buy a mold-removal product.

Just keep in mind that some of these cleaning products may contain hazardous substances. As a result, you must use them with caution and strictly according to the directions. Above all, make sure the product is safe for use on leather and vinyl.

Is Driving With Mold In My Car Safe?

Since the editors of The Drive aren’t doctors or biologists, we can’t say for sure if driving with mould in your car is safe. What we can tell you is that cleaning and removing the mould should be done before driving. Even if it turns out to be harmless to humans, it’s disgusting and will most likely make your car stink.

When Should You Hire A Professional To Remove Mold From Your Car?

Mold may persist despite several cleaning sessions in some cases. This is when you should seek assistance from a reliable auto detailing company or a mould treatment specialist.

Look for these major warning signs if you’re not sure when to call a specialist.

I Cleaned My Interior And It Now Smells Better, But My Air Conditioning Still Smells Bad. What Am I Suppose To Do?

Mold, or at least the smell of mould, may have been absorbed by filters in your car’s climate system. You can change the filters yourself if you’re handy, but you’ll need a maintenance manual for your specific model to figure out where they’re situated. You can also buy solutions to assist kill the odour, such as sprays and other cleaners that can be sprayed to the vents and other components. If everything else fails, a mechanic can disassemble parts of the system to locate and remove the source of the problem.

Which Mold Remover Is Best For Car Interiors?

White vinegar is a simple and chemical-free approach to clean and eliminate mould inside your car. By effectively burning mould, this acid helps to kill it and prevent it from returning. Simply pour the vinegar into a spray bottle and fill it halfway with water. Eight parts vinegar to two parts water is a decent ratio.

Additionally, you should vacuum the carpet and apply a 50:50 mixture of vinegar and water. However, this solution will not bleach the interior of the vehicle, but it will kill the mould. You should apply the mixture to the interior of the automobile with a toothbrush and allow it to dry for approximately 15 minutes. Following the cleaning, make sure to dispose of the filter and put on appropriate protective clothing to avoid injury. After that, you can try cleaning the interior of your car with a shop vac and vinegar to see if it helps.

The Pro Cleaners Network is a professional cleaning company that provides top-quality cleaning services to businesses and homes all over the country. We have a team of experienced and qualified cleaners who are dedicated to providing exceptional service.